What is Raspberry Leaf Tea?

Many women swear by an ingredient which has been used for hundreds of years by different cultures, including by indigenous Australians. This ingredient is red raspberry leaf, and is most commonly consumed after being dried and turned into tea.

Why is it recommended during pregnancy?

Made from the leaves of the red raspberry bush, red raspberry leaf tea is recommended to pregnant women as a way of promoting a shorter labour. It is known for helping tone your pelvic floor and strengthening your uterine muscles, which prepares your body for childbirth.

The belief behind the widespread promotion of red raspberry leaf tea is that a stronger uterus means shorter and more efficient contractions, which means less time spent in labour.

A 2001 study had “clinically significant findings of a shortening of the second stage of labour”, plus “a lower rate of forceps deliveries” amongst women who took red raspberry leaf in the leadup to birth.

There has been hundreds of research papers produced supporting the effectiveness of raspberry leaf tea during pregnancy.

What else can it do?

In addition to helping your uterus get ‘in shape’, red raspberry leaf tea has the benefit of easing nausea, while providing essential vitamins and immune system support. It is also known to help stimulate your milk supply to come through after birth of your baby.

The helpful blot clotting properties of this herb are also believed to assist in the reduction of post birth bleeding and fluid retention, which are helpful in obtaining a speedy recovery.

When should I start drinking Raspberry Leaf Tea?

It is recommended to start not before 27 weeks. Our Naturopath recommends starting with 1 cup a day in your third trimester (27 weeks) and then gradually increasing to 2-4 cups a day by week 35. As with all ingredients we recommend high quality organic raspberry leaf to help obtain the maximum benefits and protect your baby from harmful chemicals.

Our CapaciTea blend is perfectly formulated to help support Mamas in their third trimester and prepare their body for labour.

We’ve blended ours with a little Nettle and Mint to not only make a delicious tasting tea but help with some of the other common side effects of the later stages of pregnancy such as swelling, digestive discomfort and nausea. 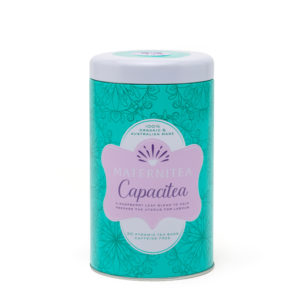 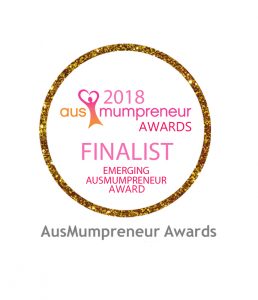